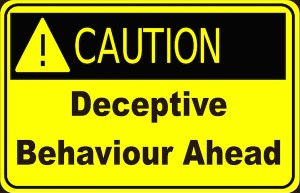 Whilst importing my 1959 Chevrolet Corvette into Australia I became aware of deceptive behaviour that could not be blamed upon bureaucracy. For starters, it took 9 months to get ‘import approval’  from the Department of Transport.

A document called “Information Brochure Importing Vehicles to Australia – The Pre-1989 Scheme” was relied upon and quoted in refusing my application and subsequent request for review. The Department’s website stated:

This information is provided so that applicants can determine whether their vehicles qualify. The information is also provided to allow applicants who qualify to quickly and easily apply to the Department and obtain a vehicle import approval.

Then the ‘Department’ attempted to deny my use of the Pre-1989 Scheme, stating the document was not law, and instead tried to contain the definition of the word ‘manufacture’ to a Regulation… as if the Pre-1989 Scheme document, amongst others, was useless. Seemingly time spent producing these documents were a waste of taxpayer money?? 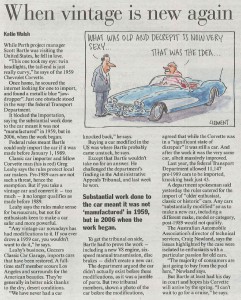 In the end I was able to demonstrate how the Department applied double standards and subsequently received ‘Import Approval’ – however the tribunal findings provided a ‘safe’ verdict that could not be relied upon by others. It was during this 9 month period I realised that much was awry in government and began to question it.

I noticed ‘Departments’ referred to the public they were supposed to serve – as “Clients.” I noticed copyright symbols on ‘government’ websites… and upon looking more closely I found the Australian Coat of Arms was a registered trademark with the United States Patent & Trademark Office.

These ‘red-flags’ prompted me to question Customs before paying fees demanded upon import. For over 12 months I did not receive one answer… not even a suggestion on where I might get an answer. It seemed as if my requests to determine if I was dealing with a legitimate government department were being avoided… my questions were frequently unanswered.

Subsequently I created the documentary What The FUQ? – Frequently Unanswered Questions of the “Australian Government”  – this website is a progression of the research presented in this documentary.

Watch this 2min trailer for the documentary What The FUQ?

See the full 52 minute documentary What the FUQ?

The Commonwealth of Australia Constitution Act of 1900 (UK) refers to Customs as the “Department of Customs and Excise.”

Department of Customs and of Excise – link to Original Constitution

Contrast that to today’s version:

Wouldn’t it be reasonable to presume that the Department could confirm that they were a real Department of the Government of the Commonwealth?

What if they couldn’t? Independent requests were made to “Customs” by readers of this website only to receive this carbon-copy response… 7 months later.

Note that even the request was twisted by ‘Customs’. The original request asked for:

Even setting aside ‘Customs’ aim to acknowledge correspondence within 5 business days… 7 months to say we won’t confirm we are legitimate basically answers the question: Australian Customs and Border Protection Services are impostors masquerading as government in Australia!!