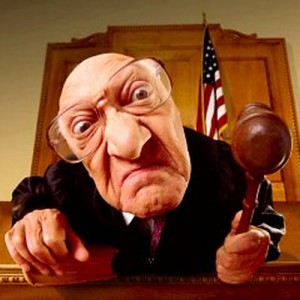 When you got to court you probably have the expectation that you are there to get ‘justice’ by a fair and impartial adjudicator – perhaps even a jury of your peers.

What most people don’t realise is today’s ‘courts’ are nothing but a dog and pony show… they are corporations masquerading as an arm of government.

Wouldn’t it be nice to have land transferred to your company and not have to pay taxes… and you get your very on ‘Act’ of the Parliament of Australia to make it all official. Isn’t that wonderful!

A reader of Truth-Now.net forwarded a copy of the Constitution of the company called Law Courts Limited. In 2007 the registered office of the company was situated at 184 Phillip Street, Sydney in the state of NSW – the current address of the Supreme Court of NSW.

Be sure to scroll through the constitution to the end and see the involvement of the CEO of the Supreme Court of NSW.

It is interesting to note one of the objects of the company is:

Doesn’t that sound very similar to the Corporations Act 2001,  which defines Providing Finance:

providing finance means:
(a) lending money; or
(b) giving guarantees or security for loans made by someone else; or
(c) drawing, accepting, indorsing, negotiating or discounting a bill of exchange, cheque, payment order or promissory note so that someone can obtain funds.

Seems odd. Not only is there a company masquerading as a court… but it appears to operate as a financial institution and ‘provides finance’. Perhaps there’s some trading of bonds going on with all the Human Capital that walks though the door. “Excuse me” – you say… “Human Capital?” – See what Bill Clinton had to say about it in 1997. Notice the Financing Statement that references the secured real estate “As all real men with hands and legs…” – Pretty scary? Read more about Financing Statements regarding here.

Court But Not Guilty

Court but not Guilty is more than a play on words. Many Australians elect to have an infringement dealt with by a court because they’re not guilty, yet they lose. Here are some reasons why.

You are booked for a parking or speeding offence. You get a ‘notice’ in the mail and elect to have the matter dealt with by a court because you know full well you’re not guilty. You fill in the boxes and mail the form.

With that you just lost your case! How? Because you’re NOT 100% CONVINCED OF YOUR INNOCENCE! You’ve asked someone to decide for you. You’ve agreed the magistrate might know better and she wasn’t even there!

The infringement notice said “You may elect to have this matter dealt with by a court” because all they wanted was your permission …. read ‘confession’. And you gave it willingly!

You’ve done it again! In 4 different ways you’ve bowed to an authority without questioning whether it has any.

You rock up to Court dressed in your Sunday best to impress the Magistrate. Creating the impression of a law abiding citizen seems like a good idea… “ALL RISE” You stand upon command like a puppet on strings and sit down when others do.

“WILL THE DEFENDANT PLEASE RISE” That’s not a question! That’s a command! But you’re a good law abiding citizen with a proven record of obeying instructions without question and so you rise.

“IS YOUR NAME JOE NONDESCRIPT NOBODY?” – “Yes, your Honour”

Power By Your Permission

Do you see what has happened? You’ve agreed absolute obedience to a higher authority several times in several ways. You’ve elected, filled the boxes as instructed, posted, arrived at Court, risen on demand, and answered to a name other than the name your mother gave you.

By that you’ve agreed to abide any pronouncement concerning any Act, Court, Justice, Queen, Governor, Seal, Oath or Enactment regardless of whether it is lawful or not.

You’ve victimised yourself without so much as a whimper, and this process goes on day after day, in court after court, in state after state, in country after country world-wide! 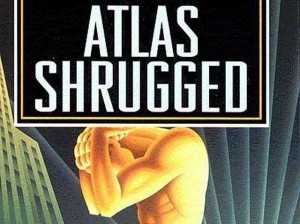 We cannot blame marauders that like to be called government if we, by our permission, give it the power it needs. Relax… I’m not pointing the finger at you. There has been a concerted effort to conceal this information from people.

Learn the power you have and begin reclaiming your rights today!

POSTSCRIPT: From (part) testimony in a court case taken from Rand’s book Atlas Shrugged published in 1957, this extract fits this webpage like a glove.

Then I saw what was wrong with the world, I saw what destroyed men and nations, and where the battle for life had to be fought. I saw that the enemy was an inverted morality – and that my sanction was its only power. I saw that evil was impotent … and that the only weapon of its triumph was the willingness of the good to serve it.
I saw that there comes a point, in the defeat of any man of virtue, when his own consent is needed for evil to win – and that no manner of injury done to him by others can succeed if he chooses to withhold his consent. I saw that I could put an end to your outrages by pronouncing a single word in my mind. I pronounced it. The word was “No.”

The Vinny Eastwood Show – Bancorruptcy
Your Claims Are Baseless!