By Scott B on April 7, 2013 in Interviews Comments are closed

ConspiracyOz covers a wide range of topics. This podcast discussses the corporate government and some interesting anomalies that crop up when dealing with “Government.” The team cover topics such as Agenda 21, “Climate Change” and more.

As much as it’s tracking and tracing what you do online, you’ve gotta love social media. Why? Well the main reason it was set up to begin with was to bring people closer together and communicate more freely. This is how i came to stumble upon a particular documentary. One of the people i’m “Friends” with online posted a YouTube link. I had some free time one night so thought i would watch it and see where it takes me. Little did i realise that this would start me on a path to an incredible realisation and present me with some information i have dubbed an “Absolute Game Changer”.

It was made by a gentleman by the name of Scott Bartle of www.truth-now.net. Scott is an Aussie bloke who hails from Perth in Western Australia and I recently had the pleasure of talking to Scott on a podcast show that i frequent as a regular guest myself (ConspiracyOz Podcast). The information divulged by Scott is mind blowing to say the least.

What Scott discovered when trying to bring a fully restored Classic 1959 Corvette which he purchased whilst working abroad, was layers of bureaucracy wrapped in red tape such as:
– Import Approval due to his Corvette being manufactured Pre-1989 Scheme
– Environmental Issue due to his Corvette having a pre-charged piece of equipment installed on it (the air conditioner!)
– Customs demanding Luxury Car Tax & GST.
Now most people, as annoying and expensive as it is, would simply pay the fees and fines and abide by the rules and regulations laid down by the government departments concerned. Not Scott.

Scott began to see discrepancies and irregularities with the documentation and correspondence he was having with these so called government departments. For example, © Copyright symbols next to where it would say Commonwealth Government on letters he received. That triggered Scott to dig a little deeper and what he has uncovered affects every single Australian. Yes. Every single one of us. 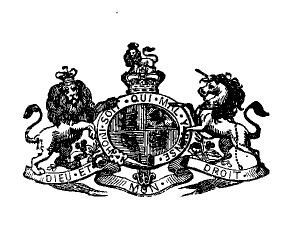 Quite frankly one of the most shocking things is the image above. According to our Constitution, which one do you think is valid? Most would say the one on the right. I did too. Until now. The one on the left is the Great Seal of the United Kingdom to which our original Constitution was written under in Letters Patent by Queen Victoria. An Act to Constitute the Commonwealth of Australia 1900 (UK). The one on the right is actually a registered trademark of a corporation known as the COMMONWEALTH OF AUSTRALIA. A company registered with the Securities and Exchange Commission in Washington DC, USA. (CIK#:0000805157). See the link for yourself and read that twice if you need to.

What does this mean you ask? Well the ramifications of this are staggering. What this means is that everything you’ve come to understand as the “Australian Government” is not actually government but a corporate entity masquerading as government. Essentially our government was hijacked and corporatised.

How can this be you might ask? Well in 1984 another Letters Patent supposedly revoked the original and made changes to it. However there’s a few things wrong with it. See here and here (the circled areas). The main things to point out are as you’ll see is that it is written under the Great Seal of Australia which is in fact in direct contradiction to the conditions of the original letters patent of 1900. Do you follow me? Well allow me to put it in laymen terms…

Let’s say you get an official looking letter in the mail from what looks like the bank with whom you have a mortgage with. The letter is advising you that terms and conditions of your mortgage have just been changed and that you owe more money. It’s a very convincing letter to most people. It has an official looking logo and its signed too. So do you think you should challenge it or do what it says?

You’re damn right you should challenge it!

And that’s exactly what Scott Bartle did. To this day the illegitimate government department of “Australian Customs” still holds his Corvette hostage. And Scott continues to invoice them as a result. Viewing his documentary and logging on to his website is a must.

But what is OPPT? And what does it have to do with all this?

As it turns out this type of large scale deception goes on all around the world. That sort of statement no longer shocks people as we’re so desensitised to it now. But what’s worse is that people are willing to go along with it and do nothing.

Understanding that corporations, governments and banks are one and the same, an “Order of Finding and Action” was filed against the “the debtor”, a legal entity created via the UCC process which encompasses all corporate entities. The filings claim that the Debtor “knowingly, willingly and intentionally committed treason” by “owning, operating, aiding and abetting private money systems” and “operating Slavery Systems used against… citizens without their knowing, willing and intentional consent”.

UCC filings are public records, and follow standard administrative processes. When facing a claim, an entity (in this case “the Debtor”) is given the right of rebuttal. If a rebuttal is not received within the required timeframe, a default action then applies, followed by termination of that entity; in this case, on the grounds that it failed to rebut charges of treason by “the One People”.

The important thing to understand here is that a UCC filing stands as law if it remains unrebutted. And in this case, the OPPT Trustees ensured they created a legal situation in which the individuals and entities that form “the debtor” had no ability to rebut. How could they? The claims of slavery and fraud are true.

Of course, no rebuttal was received.

The ‘Debtor’ is therefore guilty of treason.

As remedy, corporations are foreclosed and their assets re-claimed.

The wealth of our planet is returned to “the One People”.

All corporate debt is erased.

“The system” is terminated.

The public record shows it.

By the system’s own terms, it no longer exists.

Make sense? Of course the system is doing its best to ignore it and hoping it will just go away. No main stream media has even touched this extraordinary issue. The system simply continues the status quo.

In my discussions with Scott Bartle he mentioned that UCC (Uniform Commercial Code) isn’t common knowledge amongst lawyers here in Australia, nor is UCC taught in law schools. A fact confirmed to me by a lawyer contact of mine. When I mentioned the term UCC he said that “it was an American code” and “failed to see how it would apply to us in Australia”. While still a valid concern, determining the validity of OPPT and how it applies to us, Scott has provided documents that link our major 4 banks with using UCC law. View the documents linked below.
Westpac vs Fed Reserve NY Compiled
NAB vs Fed Reserve NY NAB Compiled
Cwlth vs Fed Reserve NY UCC 2008077211
ANZ vs Fed Reserve NY UCC 2010016115
“I’d say there need to be only one example of it binding an Australia company for it to be relevant”, said Scott. Well as you’ll see above there’s four! This diagram UCC Collateral WESTPAC illustrates how we’re all tied into the slavery system.

There is an abundance of information available at the OPPT-in.com website and some handy stuff where you can download the key documents needed such as the Foreclosure Flyer, UCC Financing Statement and the most important one, The Courtesy Notice. Plus guidelines on how best to implement them. It couldn’t be easier to start your path to freedom.

So what’s stopping you? What’s the catch you say? Well there are of course people out there attempting to debunk all this. And the basic rule many of us follow “If it looks too good to be true, it probably is” causes us to hesitate. After all that’s how we’ve been brought up. There’s nothing wrong with that. Personally i think it’s great to question what we’re presented with. And i’ve done just that in talking personally with Scott. In addition i asked if all this was sending shockwaves throughout the big financial institutions around the world. “At first it was simply ignored and dismissed as baseless. Now however, inside sources have revealed that these very institutions are in damage control mode”, said Scott.

One of the trustees of OPPT and former lawyer from within the inner circles of the banking elite, Heather Ann Tucci-Jarraf had this to say:

“In every code, statute, law on the books around the globe…a declaration unrebutted stands as absolute truth… the boys on the hill (Washington D.C.) to the other side of the pond (London) to the mountains (Switzerland) to the east (China) have been trying to find a loop hole… a way to rebut… but since July 25th, 2012 when the BE’ing and BE’ings value were duly secured… if they haven’t found it by now… they won’t… but i wait for the attempt by duly verified sworn rebuttal, made with specificity and particularity… meanwhile, isn’t it time we all moved on to BE’ing and DO’ing with systems that assist our BE’ing and DO’ing?”